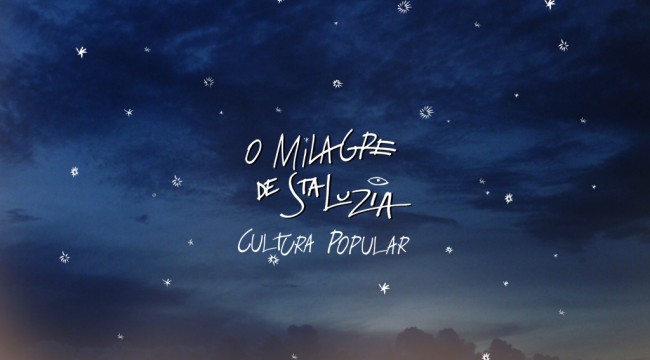 The second season of Milagre de Santa Luzia (Miracle of Santa Luzia), which shall focus on popular culture, awaits aproval from FSA – PRODAV – 01/2012, which shall ensure its broadcasting by the TV Cultura channel in 2013.

Miração Filmes won the network’s pitching which uses as its criteria the artistic aspect of the project, the potential to develop an audience within Brazil’s viewership, the résumé of the production company, the résumé of the director and screenwriter, investments, sponsorships, and partnerships already in place, the consistency and the scenario of results of the business plan, the fitness of the project with the profile of TV Cultura’s programming.

In addition to the second season of the series, Miração Filmes is preparing new surprises for the fans of Milagre de Santa Luzia, such as popular art books and box with all episodes. Milagre de Santa Luzia – Cultura Popular (Miracle of Santa Luzia – Popular Culture) is petitioning its inclusion in the Fundo Setorial (Sectorial Fund for cultural investment), with prediction of production for 2013.